A turn based RPG game is one of the engaging game and a proper mix of a strategy and puzzle where each turn is a riddle that you need to solve using your brains.

In these games, a player spends some time thinking about the implication of each move. Turn-base RPG games require good thinking, concentration, and player need to have patience. With such qualities, you will always remain ahead of your opponents.

If you are here for best turn based rpgs, check out our list:

A turn-based tactical role-playing game, Civilization V is a complete masterpiece that reshapes the industry. In this game, you select a real-world historical leader like Shaka from the Zulus, and you’ll have fun adhering to the unique skills as well as the policies of each race.

The game lets you re-create human history in a randomly generated world. Also, a choice of play styles, world seeds, and difficulty levels ensure an almost limitless playtime. The four exes, eXplore, eXpand, eXploit, and eXterminate, are the four main phases of this game.

There are various ways to win the game: defeat your opponents through militaristic, win a diplomatic victory through votes at the United Nations, or by possessing the highest score by the end of the turn limit.

You manage your civilization’s economy, military, industry, research, and even religion on your journey through time.

Civilization V is a consistently entertaining and engaging game for all players.

Wasteland 2 is a sequel to the PC game Wasteland from 1988. The game tells the story of the Desert Rangers, a group of post-nuclear toughs dedicated to upholding some semblance of law amid the ruins of humanity. A veteran ranger is dead, and the understaffed Rangers must discover who killed him and why.

The Rangers also act as a rudimentary police force, protecting the innocent from violent raiders and roaming mutants.

Surviving in a post-apocalyptic world is hard, but one can deal with it and even save the world.

Once you’re in the game, you will be building a strong party with specialized characters. You will find powerful weapons and armor to make them immensely strong.

The third title on our list of the best turn based RPG games is XCOM 2, the sequel to XCOM: Enemy Unknown. The story of this gameplay is appealing and exciting, where you are leading a special government organization called XCOM with the sole purpose of preventing aliens from conquering Earth.

You have to throw the opposing alien forces through a series of tactical missions. The game is all about the progression from one point to another. Your main base is a flying fortress that can be expanded and upgraded.

XCOM 2 features lots of great mechanics never explored before. The destructible environment and enemies make every single encounter a challenge.

The Darkest Dungeon is one of the popular turn-based games that should be added here. It’s a game about management and difficult decisions. Your goal is as much about managing all the resources at your disposal as it is protecting a given warrior from death or disease.

The game begins with the discovery that you have inherited a manor from a relative who lost his mind and took his own life. And then you realized the reason your predecessor lost his mind. He uncovered unspeakable horrors hidden away in the caves, woods, and catacombs surrounding the manor. Now it’s all up to you to clean up your relative’s mess and try to stay sensible while doing so.

With 14 different classes to choose from, each with many unique abilities, weapons to customize, skills to upgrade, quirks to manage, and diseases and afflictions to cure, you’re always managing something. You will fail and sometimes feel the game is being overly cruel to you, but you need to overcome that in order to succeed further down the line.

Stellaris is a sci-fi space turn-based strategy game where you have a handful of ships on a planet, and you create an empire in space.

The empire creation system allows players to select from mammalian, reptilian, and avian species. Each empire can choose from a small assortment of positive and negative traits that will boost their engineering talent or render them physically repulsive.

The game is all about exploring the space, establishing colonies, engineering space stations, managing diplomatic and trade relations, conquering the space.

SteamWorld Heist is a 2D side-scrolling turn based rpg game and a third title in the SteamWorld franchise. It takes its approach as a tactical turn-based shooter. You are Captain Piper Faraday, who is essentially a robotic form of a cowboy, a “Cowbot” if you will. You are living in a futuristic universe, and planet Earth has been destroyed, and your goal is to survive and to assist the others around you to achieve this.

The general idea of the game is almost same: you infiltrate an enemy ship, take out the bad guys, collect the swag and get out as soon as possible. As you progress in the campaign, you will be able to recruit new robots, each with their own special abilities that can be used in combat.

Ultimately, your job is to recruit units for your crew to facilitate powerful and tactical invasion on enemy spaceships.

Another name that comes to our mind when talking about RPGs is Banner Saga 2. The story of this game shows how powerful hope can be. It has a set of core mechanics that allow the player to show his tactical skills in a variety of situations.

The artistic style visuals will make you fall in love with the game. The Banner Saga 2 is an excellent combination of role-playing and tactical turn-based combat, where you’ve to be responsible for the actions of every unit in your squad.

The game is the continuation of the first Banner Saga. You must try this brilliant tactical RPG with a deep story and some fantastic characters. The content will keep you enthralled and engaged for hours.

Endless Legend is the best turn based RPG. In this game, players lead a civilization from the early stages of founding a city to building an empire.

It’s a 4X strategy game similar to Civilization 5, but it’s more story-driven. You’ll receive multiple numbers of quests from your respective faction. There are nine factions with diverse backgrounds and different conditions for victory.

Players will manage research trees to develop new technology for their troops. They will build and expand a city, gathering resources and striking a balance between warfare and diplomacy.

You can also raise heroes to motivate and boost the confidence of army units. Well, you will find the gameplay fresh and challenging.

We hope you enjoyed our list of top turn-based RPGs. Which game did you like the most? There are many other games similar to these games. If you want to add some more games on the given list, share it with us in the comment section below. 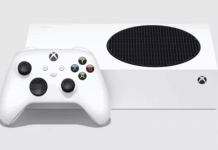