Are you a big fan of Age of Empires? That’s really cool because you are going to get some more similar games like Age of Empires.

Age of Empires is a fantastic game which firstly released in 1997 as a Real-Time-Strategy game. This game covers all eras from Stone Age to Iron Age in different settings such as Europe, Asia, and Africa.

This amazing game is all about the players forming their own army, managing resources, building their empire and waging war against opponents to conquer them. In the game, players are free to walk in their own path and decide how they want to conquer the in-game world.

The game has a vast number of players in the gaming community. So to add more flavour and experience something new, we have come with the top 12 games similar to Age of Empires.

Best GBA Games Every 90s Kid Must Have Played

Not very similar to Age of Empires, which is based on historical events, this game takes place in Atlantis, and it focuses on the famous Greek, Egyptian and Norse myths and legends.

Like Age of Empires, you are building a city, managing resources, creating an army and finally you conquer the opposite civilization in order to become the best and to win the game.

Out of all games like Age of Empires, Age of Mythology is the most similar one!

If you want to play Age of Empires like games, this particular game is something you have to try. Developed by Big Huge Games, Rise of Nations features eight ages of world history and 18 civilizations.

The gameplay is focused on the concept of “territory”. The area near the player’s settlements is considered their territory, and players are allowed to construct different buildings only within their territory or their friends’ to become stronger and have a better army.

With Ages from Ancient Age to Information Age, Units from Hoplites to Stealth Bombers and Buildings from temple to Missile Silo, this game is totally worth a play.

One of the most unique games similar to Age of Empires is Empire Earth. From the prehistoric age to space age with 14 epochs, it’s a history-based real-time strategy game.

Like other games on the list, the game requires players to gather resources to construct buildings, populate their civilizations with citizens, and conquer opposing civilizations.

I called Empire Earth unique because there’s the “Morale’ system in the game, which affects individual unit statistics. Plus, there is a concept of “Hero” system too which are of two types- Strategist heroes who heal surrounding units and can demoralize enemy units while Warrior heroes give morale to surrounding units and have greater attack power.

The second installment in the Starcraft series, Starcraft 2 is a space-focused RTS game developed by Blizzard Entertainment. It is a standalone game with three parts, each of the three campaigns offers a spectacular experience.

The game is set in a 26th-century science fiction universe, where the focus is on a galactic struggle between four different species for total universe domination.

This particular game like Age of Empires gives you that intense tactical real-time action you are looking for. So if you’re in search of a title to spend hours into then take a look at StarCraft II.

One of the turn-based strategy games on the list is Sid Meier’s Civilization VI. It presents a classic style strategy game in a modern manner to attract both old school gamers and the flow of new ones coming in every day!

The game starts with you being a part of a simple nomadic tribe as you build your resources, evolve, and turn into a world-dominating superpower.

The game provides you with new ways to interact with the world, expand your empire and compete against other leaders to build an empire which can stand against the test of time. In this game, there are different eras-Dark, Normal, Golden or Heroic Ages. You can play as one of the 24 leaders from different countries with the way you prefer and get unique abilities.

Warcraft III – Reforged is another impressive fantasy real-time strategy game which was developed and published by Blizzard Entertainment. The storyline and gameplay are truly fantastic.

The game will bring a thorough visual overhaul, a suite of contemporary social and matchmaking features, and more. The latest game in the series, Warcraft III – Reforged is all about Night Elves, Undead, Orcs, and Humans.

Players go through an epic journey where they can choose any group and build their base, assemble an army, and recruit powerful heroes to lead the charge.

Stronghold Crusader is a standalone follow-up that uses all the same technology as the first Stronghold game but concentrates a bit more on the battles than on strategic castle-building.

Due to the Middle-East setting, farms can only be built on limited oasis grass, which creates a rivalry among players who fight for the limited amount of farmland and resources.

In addition to farms, players are allowed to add other resources, like iron ore, quarry, and marshes. They deposit these resources in their reserves and sell or use them during attacks.

Another one of the best games like Age of Empires is Bad North which is quite different from all the other strategy-based games.

The game’s interface is pretty simple. You own an island, and you will have to build your army and upgrade your weapons to defend that island against the horde of Vikings that are going to attack you.

In the game, you’re commanding four units at a time. You’ve got archers for ranged attacks, pikemen for defence and infantry as mobile melee force.

The amazing music and setting make the gameplay experience a joy for any player.

The Settlers Online is a free to play browser-based real-time strategy game which puts you in the shows of a royal leader whose duty is to oversee their empire’s expansion.

Like other games similar to Age of Empires, it features a world where players have to collect resources and complete in-game missions to build their own medieval kingdom where they can capture territories and explore.

The game comes with lots of content that you have to unlock, and levels to proceed, bandit camps that you have to destroy and of course, frequent interaction with other players from all over the world.

This game is all about developing your island from a tribe to a powerful empire.

It is a builder RTS where you play the role of a dictator of a small island-nation somewhere in Central America. In the game, you will have to face food and fuel shortages, diplomacy problems, and even civil wars. You will also get time to build farms, cities, job sites, ports, and so much more.

Tropico 5 lets you start from the Colonial Era and slowly but steadily march towards the 21st century. This way you will gain experience of both old and new technologies and city building mechanisms.

Command and Conquer: Tiberium Alliances is the military strategy game in which you build your troop with the available resources by just developing the army and military base to battle against enemy camps in order to survive and flourish.

The most important part is this game focuses on different campaigns and fraction storylines that are synced within a central storyline. The game is free to play, and web-based means you can play it in your browser.

Empire is also a real-time strategy game. In this game, the player develops the empire, trade with friends and built troop in such a way that the enemy thinks twice before attacking.

The game is all about building castles, trade with other players, raise an army and conquer your enemies.

Although the game is free to play, it offers good techniques and building units.

All these games are the best real-time strategy games of all time. So, if you are looking for games like Age of Empires, you are surely going to love these games.

Which game do you like to play? Do let us know your reviews in the comment section below.

10 Best Mejorenvo Alternatives You Can Use in 2022

20 YesBackpage Alternatives and Similar Websites in 2022 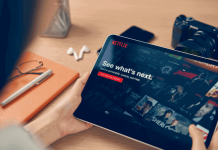